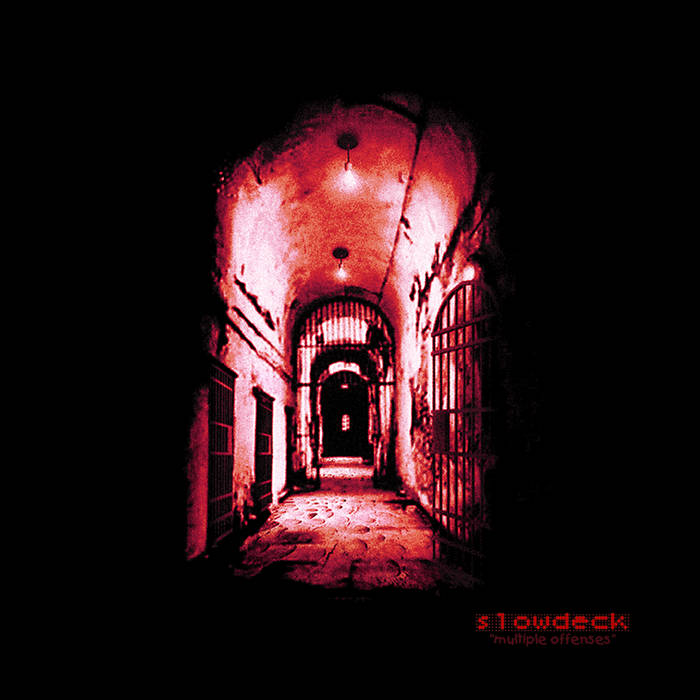 "The recording industry has a long time fascination with categorizing music. Similar sounding styles are often grouped together to help listeners find titles that are comparable to something they have previously heard and want more of. Paradoxically, musicians by the inherent nature of artistic expression, continually stretch, expand and disrupt any attempts to neatly categorize or compartmentalize their work.

With this in mind, please indulge us as we suggest that the music of Slowdeck exhibits more than a passing similarity to that unique style of sound originating at least partly in Bristol, England, and labeled by the music press as Trip Hop. To our sensibilities that means slowed down, spacey breakbeats with occasional whispery vocals that exhibit a somewhat dark, grainy texture suitable as soundtracks for the stylish, film noir movement. However described or labeled, we feel comfortable in suggesting that once heard, Slowdeck's exotic, well cast cinematic shadows of UK electronica, should go a long way toward awakening or refashioning a desire to explore more of this decidedly underappreciated musical style."

"Slowdeck deals a hand from the dark caverns of the offbeat with their cd release Multiple Offenses (Waveform records)...a decadent symposium of urban...jazzy...discordant breakbeats and shadowy downtempo head spaces. With grainy black and white overtones of the film noir movement, the music of Lacelles...dubbed by those who must use labels as trip hop...mingles quite nicely with the breathy vocals and hypnotic lyrics of Vanessa Darby to create a clubby, urban soundtrack for the sensual and seductive. Lacelle's territory is electronic discordia -- dropping breakbeats and overdubs like gritty, Bristol bluecollar ballpeens, while the dark, poetic angst of Vanessa Darby's whispery voice lays the groundwork for some heady late night tête-à-têtes. From the opening..."Ladies and Gentlemen...What kind of shoes you wear - baby shoes?" Slowdeck...adds to their record of Multiple Offenses like a freshly poured pint of stout UK brew, inlcuding what could well be the hit single of the summer...Butterfly - Darby's floaty anthem to free spirited wanderlust. There's also the mind bending Hitchcock flavored, Scared Me (so Busy), a soft and edgey cinematic masterpiece." -- eclecticgroove.tv

"If Fritz Lang were still alive and doing straight-to-video work, he might choose Slowdeck to score his films. Not that Slowdeck executes at a B-level, but there is something cinematically subterranean about this sound. Even the LP's title, Multiple Offenses, invokes visions of desperate thugs escaping down chiaroscuro alleyways, trench coats billowing. Multiple Offenses is a dense fog of ambience: Echoes and crackling vocal samples surround the creepy spaces, which are filled with drum and bass, string chirps, woodwinds, and jabbing piano, as if inspired by (or aping) John Cage. Some tracks nod off into filler -- a lost frequency and static cast as the lead on the track "Radio Bristol" -- but tension builds and characters come out of the shadows on the moody "Time Rolls Backwards." Slowdeck would be easy to shelve between Schematix and Tricky in the trip-hop/ambient/electronica bin, but Multiple Offenses longs to be the soundtrack to a story, real or scripted." -- Miami New Times

Bandcamp Daily  your guide to the world of Bandcamp

Benji B talks about his new compilation ‘Deviation Classics’